On this photograph taken in the Upper Valley of the Aude, in one site devoid of light pollution, lays part of the disk of our galaxy, the Milky Way. This long white trail made up of clouds of hydrogen gas and dust, of stars grouped in clusters and nebulae, links several constellations like Orion, Cygnus and Scorpio. It divides the night sky into two hemispheres whose sizes apparently vary throughout the night and the seasons. When it culminates in the night sky, the Milky Way looks like the old Egyptian Sky Goddess, Nut : her body, covered with the hieroglyphic names of stars, then stretches over the entire sky, while her upper and lower ends materialize a few points of the horizon, or junction points between the Sky and the Earth. « She gives birth to her children, the stars, at their hour, as she daily gives birth to the Sun in the morning », says a passage of the Book of Nut. More specifically, her crotch is the birthplace of the stars and the Sun; her mouth, however, the place of their disappearance from the night sky; finally, her body, their « invisibility cloak ». 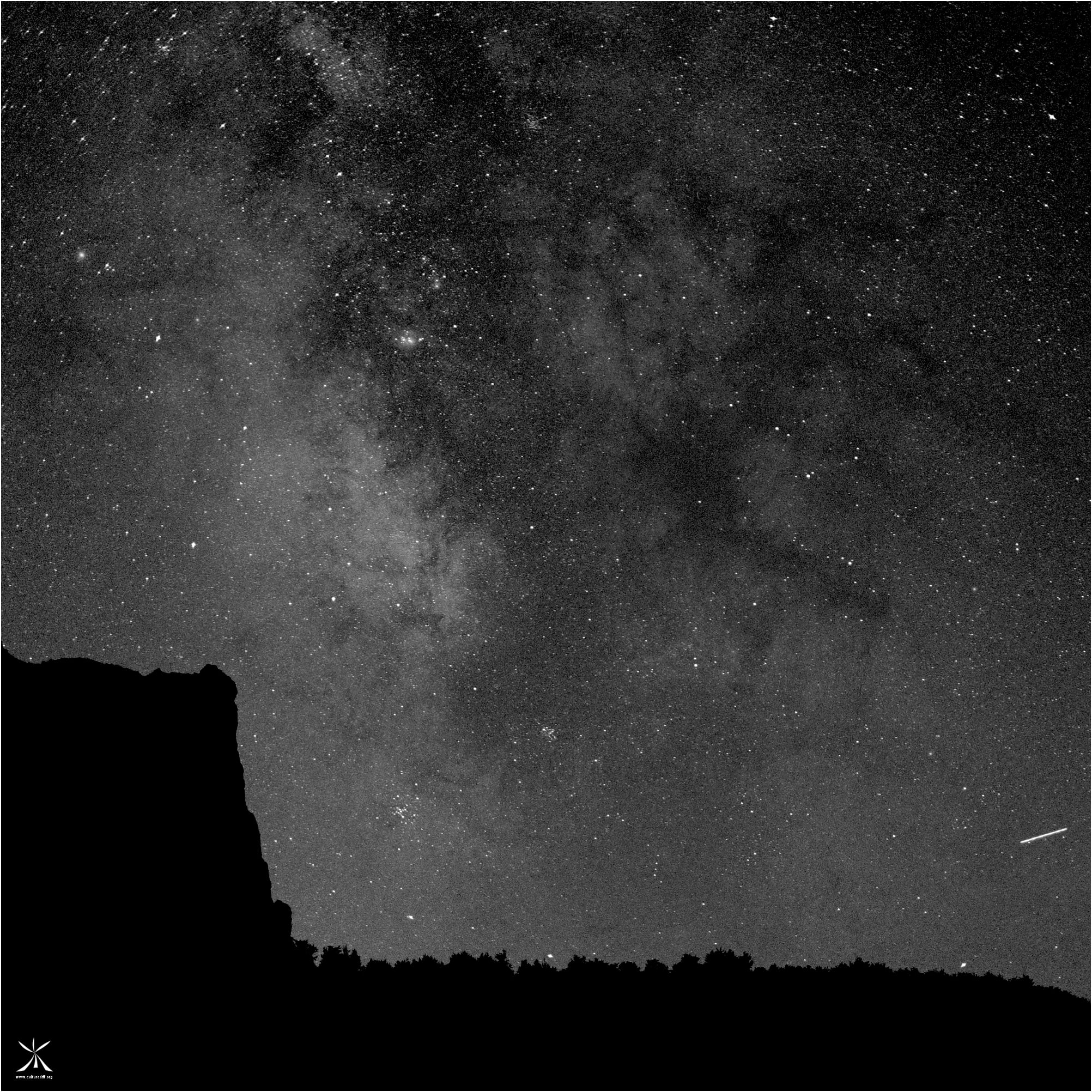 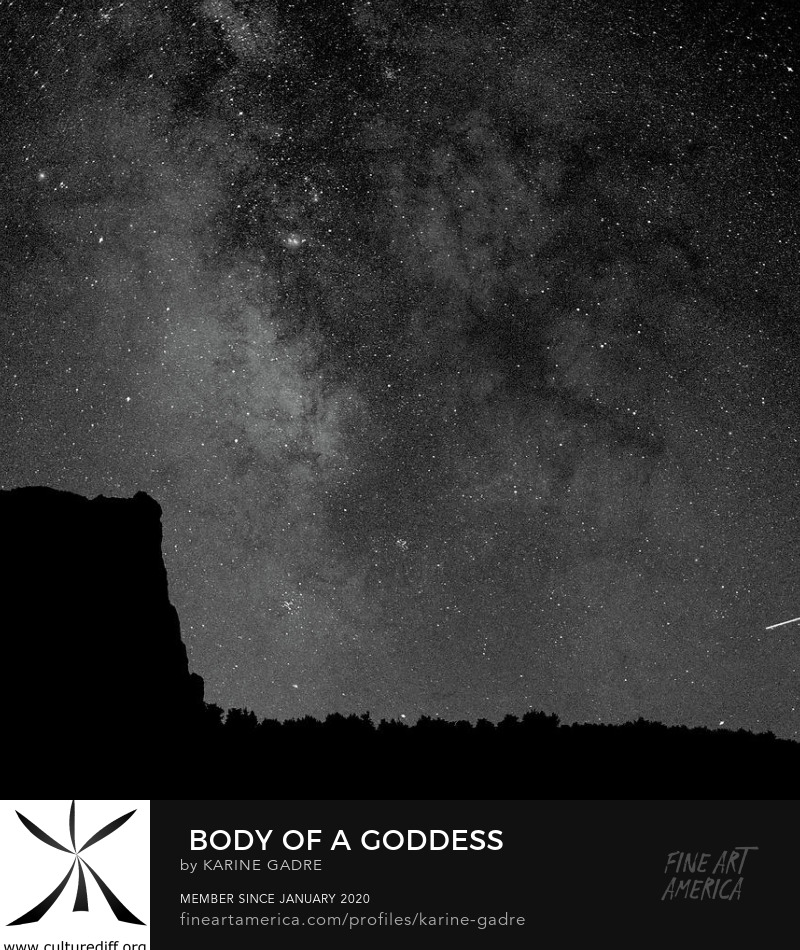