Penne, October 2014. The twelfth century fortified castle, which once withstood the assaults of the Crusade against the Albigensians and of the Hundred Years War, now seems to be the target of a spatial raid : arrows of different colors and light intensities, but of equal size, seem to be thrown in its direction indeed. More than arrows, these are actually starry bows or trajectories traveled by dozens of stars of various magnitudes in the sky of the Tarn during the five minutes of exposure which this shooting required. These starry bows testify the rotation of the Earth on itself. This diurnal motion whose periodicity equals 23h56min04sec leads to the successive risings of stars (including our Sun) in the eastern sky, to their culminations in the local meridian and to their disappearances beneath the western horizon. The fact that the sidereal day is substantially lower than the solar day of 24 hours moreover explains the differences between the summer and winter skies: constellations follow one another in the sky indeed, without ever remaining there - with the exception of the circumpolar constellations (Big Dipper, Little Dipper, Dragon, etc.), of course. 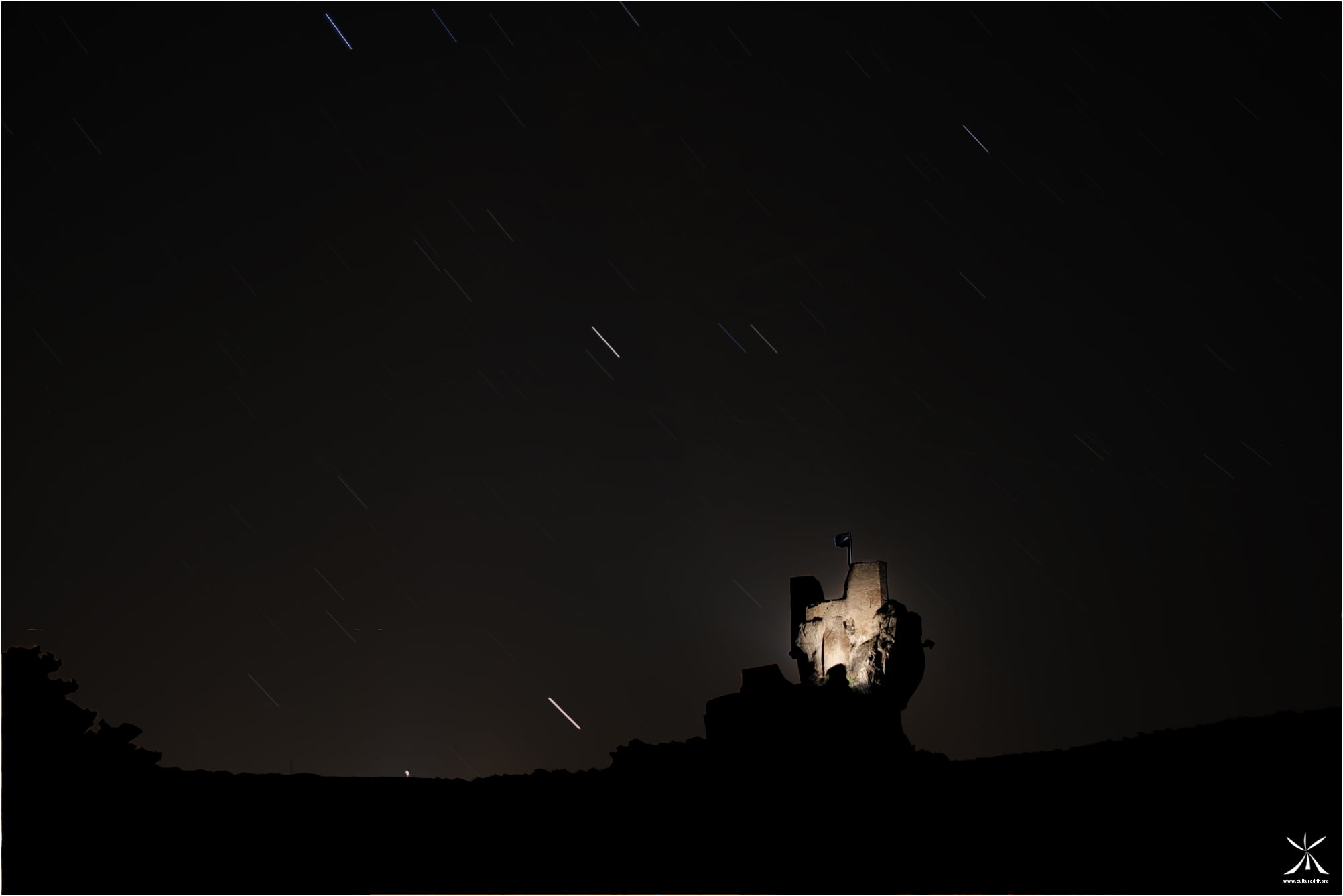 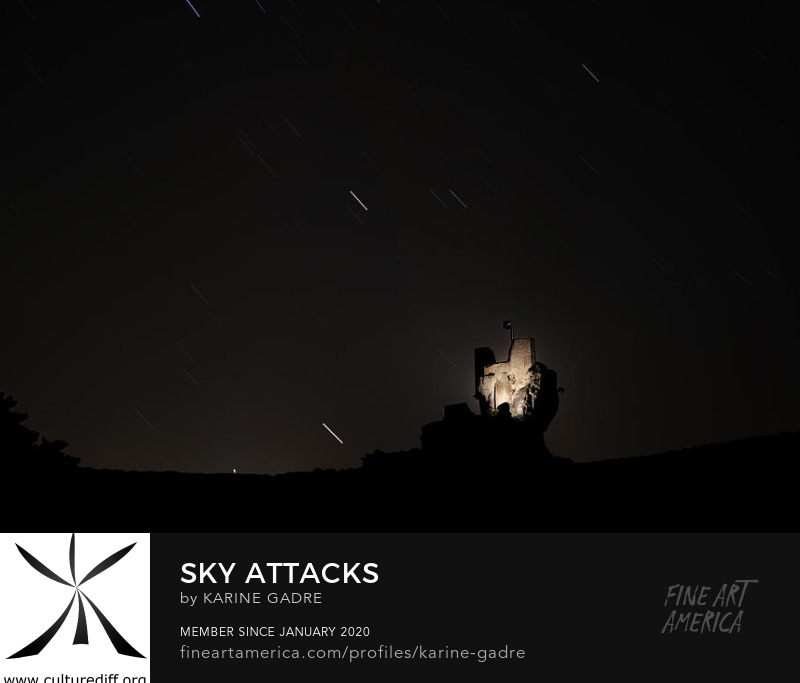