At the crossroads
of Astronomy
and Egyptology 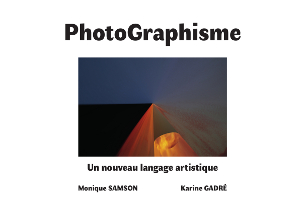 The Culture Diff' company has been involved in the development of two planetarium shows (Stars of Egypt, The Stars of Pharaoh) and the realization of three Art & Science shows (The Tango of the Stars, From Atum to Hubble, The Creation of the World). The descriptive of these shows are provided below in the chronological order of their conception:

[Art & Science Show] The tango of the stars

This show is a collaboration with the non-profit organizations IntermiDanses and Les Chemins Buissonniers, which regularly organizes meetings, lectures, performances combining imagination, creativity and the talent of artists and scientists. It was scheduled on August 10, 2013 at Savères, southern France.

« The tango of the stars evokes the danse of the celestial bodies. This movement, as well as that of the dancers, results from a constant search for balance between the opposing forces that govern them: gravitation on the one hand, radiation on the other hand. Gravitation is responsible for the collapse of interstellar matter, the birth of stars and their trail of rocky (planets, asteroids) and gaseous (planets, comets) bodies, their respective movements as well (shape and inclination of orbits, collisions). Radiation is responsible for the stellar pulsations, the ionization of interstellar matter, and is essential to life. This dance party will guide you step by step on the way to the creation of a solar system and the emergence of life on other Earths, visibles from the sky of Savères ... »

This show will invite you to a tour between dance and astronomy, a scientific and poetic trip in the heart of a solar system in the process of forming, with Karine Gadré, Astronomer and Jorge Saraniche, musician, accompanied by the storyteller Jean-Michel Hernandez.

The scientific and illustrated content of this Art & Science show is available in French here.

[Planetarium Show] The Stars of Pharaoh

This show is a collaboration with the Cité de l'Espace, Toulouse. It introduces the public to the ancient Egyptian knowledge of Astronomy in relationship with various myths, on an image synthesis background: the pyramids on the Giza plateau, the temple of Hathor at Dendera, the Jubilee temple of Ramses II at Western Thebes, the temple of Abu Simbel, etc.. It is projected on the screens of the Cité de l'Espace since January 2007 and available in sign language since April 2008.

[Art & Science Show] From Atum to Hubble : a trip into the cosmos between past and present

This show is a collaboration with the non-profit organization Les Chemins Buissonniers, which regularly organizes meetings, lectures, performances combining imagination, creativity and the talent of artists and scientists. It was presented on December 9, 2005 at Rieumes, southern France, and gave rise to the 2006 calendar dedicated to Egyptian archaeoastronomy.

« Behind the words are hidden a meaning ... and sounds. The sounds are the resonance of words. When listening to Claude Nougaro, it even seems that poetry is made of sounds that make sense. In this poetic evening, the voice of the viola da gamba (Nathalie Estevenin) and song (Luc Baron) will join those of science (Karine Gadré) for you to share the emotion associated with the rediscovery of four thousand years of human history. Four thousand years of evolution of thought, through the erection of stone buildings, the drafting of hieroglyphic texts ... As many remains whose astronomical orientation or content is detailed within the 2006 calendar, produced jointly by the Culture Diff' company and the non-profit organization Les Chemins Buissonniers. »

[Art & Science Show] The creation of the world: Egyptian myths and scientific reality

This show is a collaboration with the non-profit organization Les Chemins Buissonniers, which regularly organizes meetings, lectures, performances combining imagination, creativity and talent of artists and scientists. This Art & Science show was presented on July 23, 2005 at Saint-Elix le Château, southern France.

« Thanks to imagination, the gateway is easy to establish between Art and Science. Three voices intertwined, the Milky Way, the singing voice and the voice of the viola da gamba to say, sing and play the world's creation. The creation by the ancient Egyptians: a myth, offset by current science. This journey through time and space will tell you the origin of life on Earth, the evolution of human thought over the millennia. It will demonstrate the ability of man to be excited, to understand and express wonder about the mysteries ... »

The scientific content of this Art & Science show is available in French here.

[Planetarium Show] Stars of Egypt. In search for the lost temple

This show entirely dedicated to Ancient Egyptian Astronomy was conceived at the Saint-Etienne Planetarium (Spacecraft). It was inaugurated on February 11, 2005 in the presence of many journalists and some personalities: Hoda S. Elmikaty, Director of the Planetarium of Alexandria; Professor Taha Abdalla, Cultural and Scientific Counsellor, Embassy of Egypt, Ahmed Youssef, a writer and journalist, and myself, Karine Gadré as Scientific Advisor.

The show, which lasts 60 minutes, consists of two parts:

Part One: The Lost Temple (~ 30 min)
Today, Library of Alexandria. A young archaeologist named Carla undertakes to go on the research work of her father, an Egyptologist, who died recently. She consults his writings, reads numerous ancient and modern books, looking for any clue about a lost temple : the temple of the timekeepers. "Look at the sky, had advised her father. No doubt will you find there the key needed to find the location of this temple which houses the astronomical knowledge of the ancient Egyptians ..." This quest for the lost temple will lead Carla and her friend Hotep on the way to exciting adventures, wonderfully recorded in this film made up with animated graphics on video full vault (360°):

A few of the graphics projected onto the roof of the planetarium
illustrate the steps of the journey of Carla in the Land of the Two Lands.

Part Two: The planetarium session (~ 30 min)
A major spatio-temporal shift (4000 years and 15 to 20 degrees latitude) differentiates the sky of ancient Egypt from the sky of France today. This shift is an opportunity to address many fundamental astronomical concepts: the phenomenon of precession and nutation in longitude, the proper motion of stars, the measurement of time through the successive (heliacal) risings of stars, etc... By attending this session, you will discover the Egyptian names of bright stars like Sirius or even Rigel, Bellatrix, the Pleiades, whose identification results from the work made during my doctoral thesis.