Plumage is not ramage

Plumage is not ramage

The colors of the stone, the reflections of light, reveal every detail of this fossilized dinosaur, including traces of feathers on both sides of its skeleton. This aspect explains the reason why this Archaeopteryx exposed at the Dinosaur Museum in Esperaza, Aude, was long considered as the common ancestor of all birds that now inhabit our Earth. This animal dated from the Upper Jurassic, i.e. some 150 million years ago, is characterized by a small size (50-60 cm) and a low weight (less than 1 kg) - prerequisites for flight. However, it also displays the morphological features of non-avian carnivorous dinosaurs like pointed teeth, sharp claws and a long bony tail. Moreover, recent discoveries lead to think that the vast majority of dinosaurs, for some much older than Archaeopteryx, was provided with feathers, which sometimes covered their entire body. The gradual densification of their plumage would have been accompanied by a significant weight loss and a rapid decrease in size, that is a miniaturization of the species that definitively changed the flying dinosaurs into birds, their only survivors. 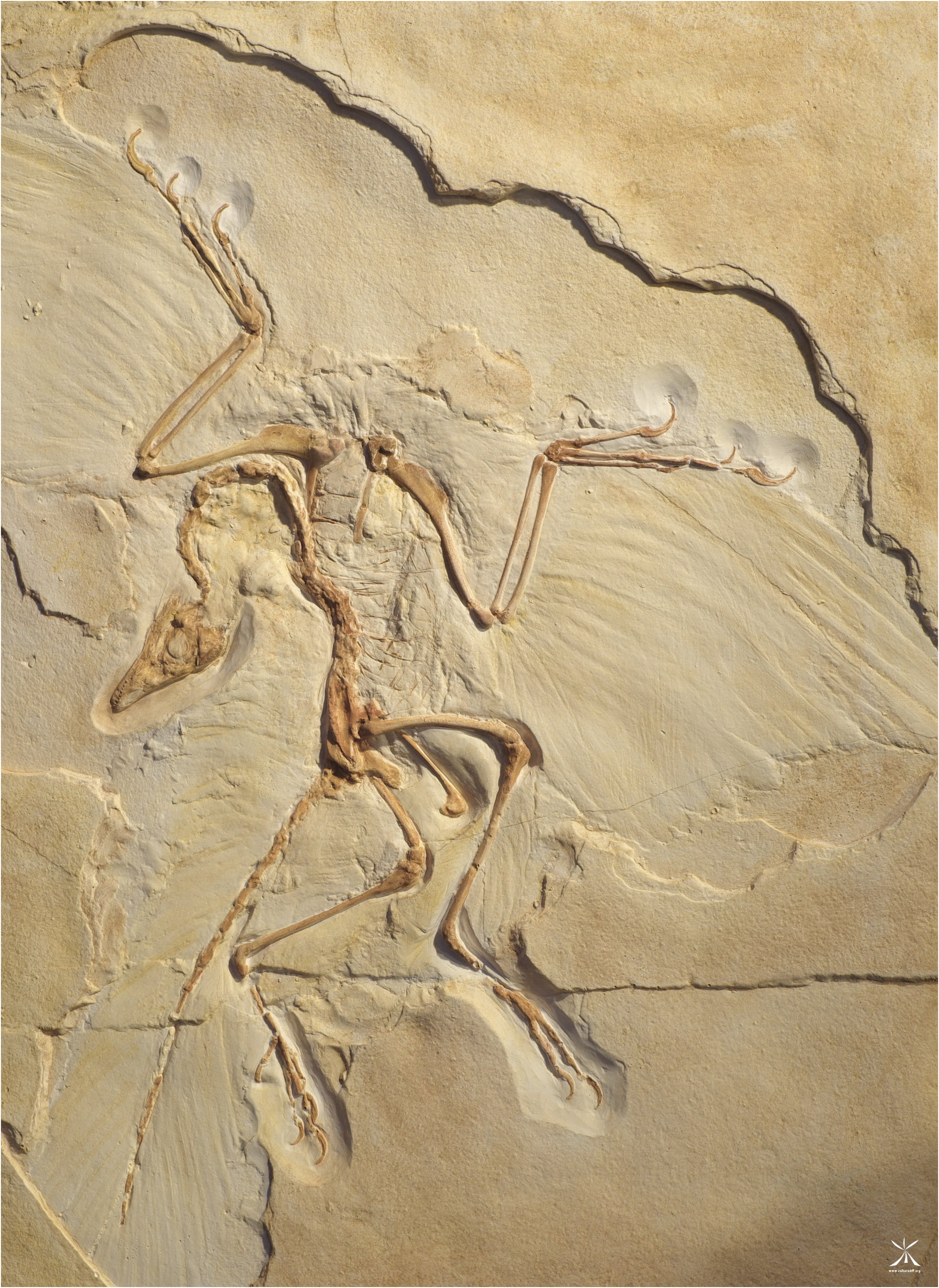