Once upon a time the living

Once upon a time the living

This image results from the superposition of two photographs taken, the one inside the Giant Chasm of Cabrespine, the other one near the Pic de Bugarach in the Aude. The figuration of volutes of starry gas on both sides of the limestone concretions evokes the smoke from hydrothermal vents, these fireplaces that cover the bottom of the Earth's oceans - specifically, the oceanic ridges at the interface between tectonic plates, not far from magma chambers. The hydrothermal fluid is characterized by a high temperature (between 350 and 400 °C), a strong acidity (pH ~ 2), significant concentrations of dissolved gas (containing hydrogen, oxygen, carbon, sulfur) and metal ions (silicon, manganese, iron, zinc). And for good reason! This fluid comes from the seawater which, after having infiltrated into the magma chamber located a few kilometers deep, goes back to the seafloor, accreting constituent elements of the surrounding rocks. The encounter between the mineralized fluid and seawater results in the creation of these huge fireplaces close to which live bacteria, archaea, crabs, fish, shellfish, in total darkness. The isolation of these ecosystems, their wide distribution on a global scale, may have preserved their « inhabitants » from the episodes of extinction and speciation that have succeeded on the surface. Suggesting thereby their great age. Their great antiquity. And if the first forms of life on Earth were born from these mineral structures? 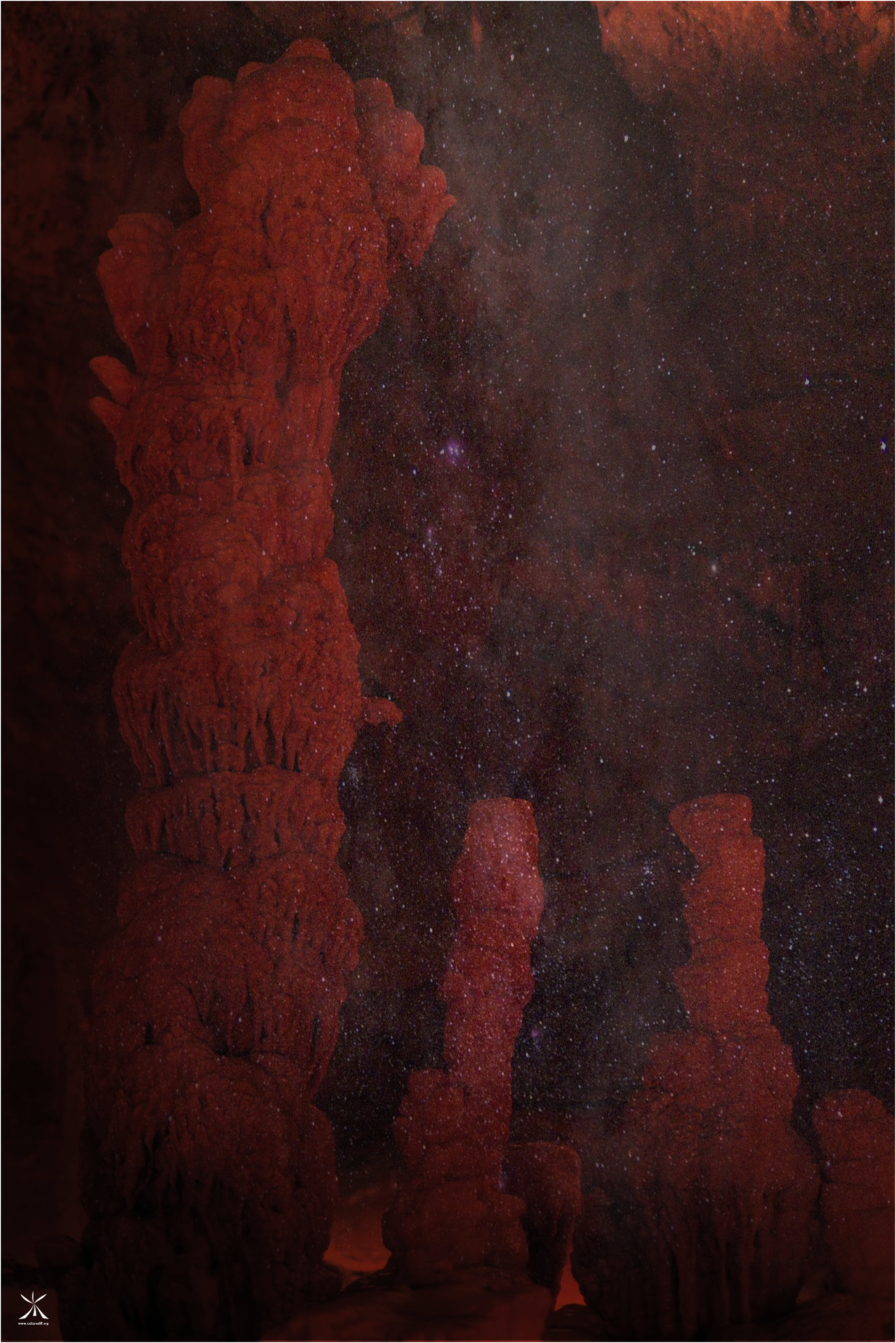